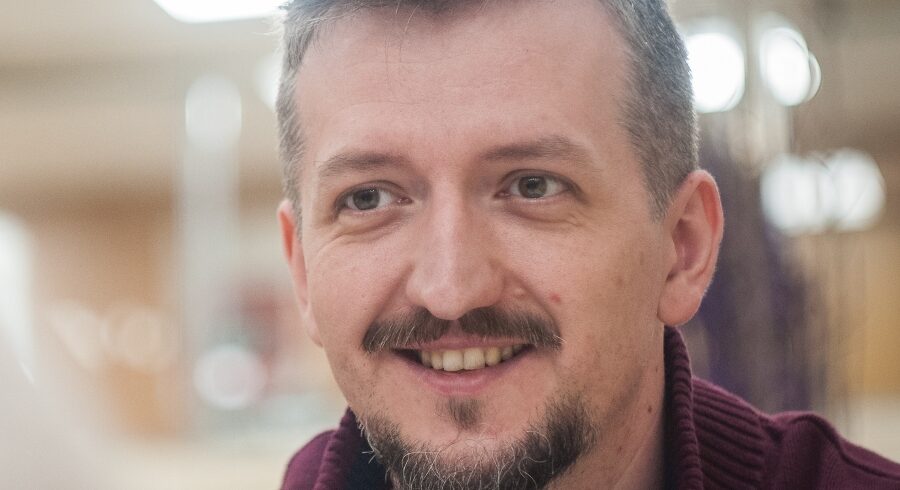 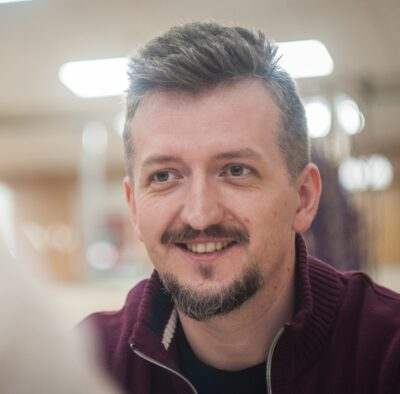 Székely Csaba (1981, Târgu Mureș) is a Hungarian playwright born in Romania. He graduated the Faculty of Letters, within the Babeș-Bolyai University in Cluj-Napoca in 2004 and the Playwriting Masters Degree at the University of Arts Târgu Mureș in 2011.

BBC gave his first play, Do you like bananas, comrades?, the award for Best European Play in 2009 and it won the prestigious Imison Award, which was offered by The Society of Authors.

The plays from The Mines Trilogy – Mineflowers, Mineblindness and Minewater, had 14 stagings so far. They are examining issues such as unemployment, alcoholism, nationalism, corruption and high rates of suicide among Hungarian population in Transylvania. The three plays have been staged in Romania, Hungary and Slovakia.

In 2014, his play Michael the Brave won first place in a playwriting contest organized by Weöres Sándor Theatre in Hungary, the play also receiving the Theatre Critics Association Award in Hungary for The Play of the Year.

In 2016, in Prague, the play They are animals won the Ferdinand Vanek Award for the best political play.

In 2016 MaRó (directed by Andi Gherghe), a comedy about the relationship between Romanians and Hungarians in Transylvania won the awards for Best  Production, Best Female Performance and Best Male Performance at festCO Bucharest, the Romanian Comedy Festival.