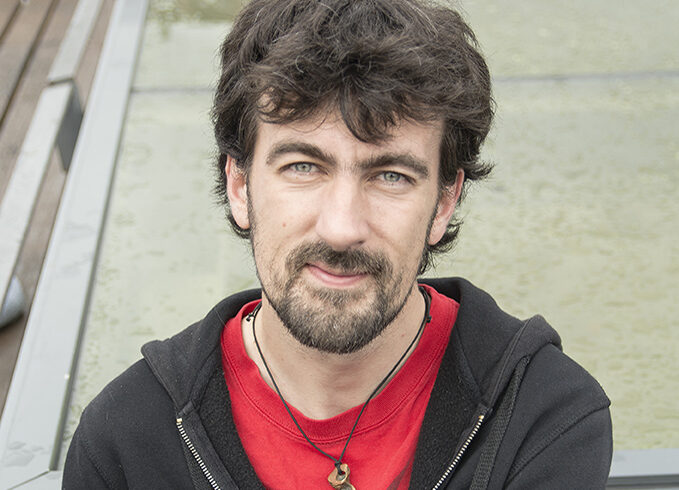 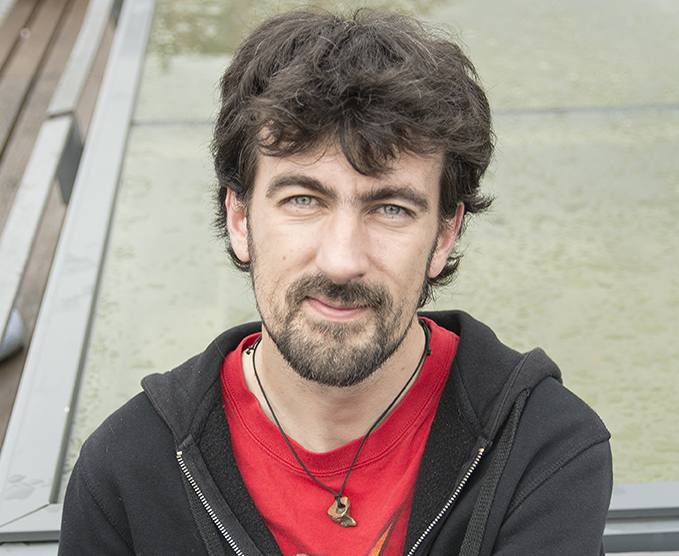 Both actor and director, Andi Gherghe (born 1981) is a graduate of the Tîrgu-Mureș University (in the Drama section), where he also obtained his master’s diploma in the Directing section. As of 2017 he is attending MA courses in playwriting at Alina Nelega’s class.

The first two plays he directed were written by Peca Ștefan: Romania 21 and Bucharest Calling. Both plays were performed in Hungarian language. Bucharest Calling was presented in the official selection at the Timișoara Contemporary Theater Festival.

Being constantly concerned with the current Romanian society issues, in his next plays he started working side by side with a writer. His next performance, MaRó, written by Székely Csaba talks about the bizarre relationships between Romanians and Hungarians living in Transylvania. The play has been highly appreciated by critics and was invited to numerous festivals, receiving many awards: Best Show, Best Male Performance, Best Female Performance, Best Debut in Acting and Jury’s Choice Award.

In 2017 he directed the first bilingual performance from Oradea. Story from Transylvania, written by George Ștefan, follows the story of a Romanian-Hungarian family from Târgu-Mureș through many generations in an age in which mixed couples represented a huge catastrophe.

In 2011 he won both the Jury’s Award and the Public Award for Best Actor at the Young Actor’s Award “HOP” Gala, organized by UNITER and in 2016 was selected to attend the 10 for FILM program within Transylvania International Film Festival.

As an actor, he is active starting with 2006 in Târgu-Mureș’s and Brasov’s theatres and has collaborated with numerous directors such as Radu Nica or Sebestyen Aba.

He can be seen in Beyond, a one-man show by Elise Wilk.

In 2015 he founded TEATRU 3G in Târgu Mureș and he has been its executive director ever since. In 2020 it becomes 3g HUB, where Andi continues to successfully implement projects for the community:

Social therapy through contemporary theatre – 2016 – 2020 – It concerns processing the traumas of the Romanian society with the help of two performances created annually in Târgu Mureș by teams consisting of one director, one playwright and several actors.

Eur0pinions – 2017 – a contest for short plays about a pressing theme for our community. The contest’s theme was The Youngsters in Society. The contest was held in the summer of 2017, and the judges chose six winning plays which were the foundation of the Gen.EU performance, staged at the National Theatre in Târgu Mureș.

Metamorphoses – street art project – the first street art project in Târgu Mureș. 3g HUB’s project came to life through a mosaic bench placed in the Theatre Square, a graffiti on the Alexandru Ioan Cuza Secondary School’s wall for highlighting the urban area in the Unirii neighborhood and placing five plastic statues built from the city’s recycled plastic. The statues embodied extinct animals in the Romanian fauna, raising awareness about recycling.

FORMA – International Performing Arts Festival – 2019 – a meeting platform for independent theatres in Romania and also for other private theatres in Europe.

The Night Session – 2020 – this project was initially created by Andi Gherghe and Corina Gliga in 2011. The year 2020 brought the revival of this project which is about organizing regular concerts with alternative artists or bands.