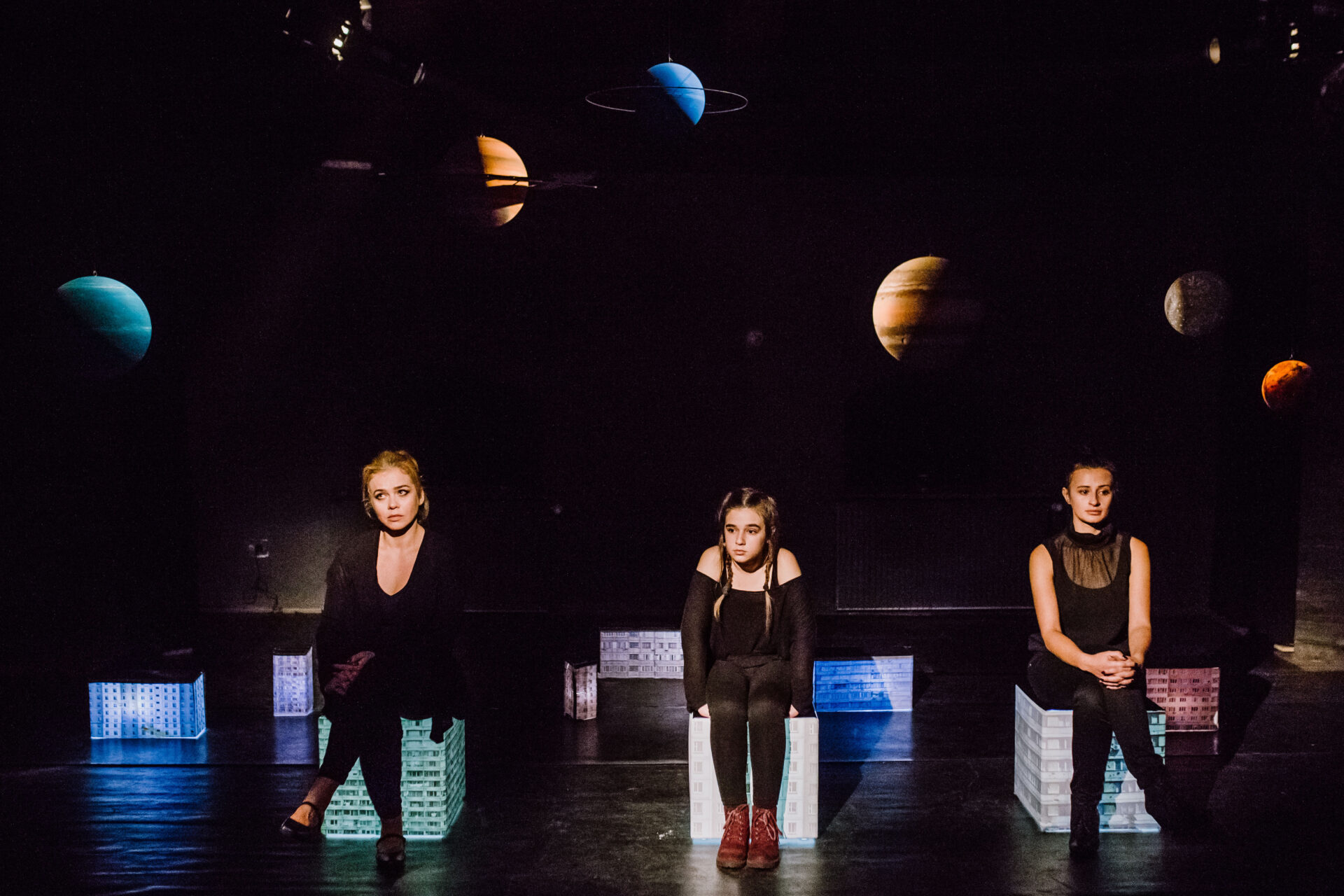 The characters played by Roxana Marian, Larisa Dobrin and Laura Mihalache (re)tell their lives trying to find a trace of meaning in this narrative puzzle that challenges the audience to take part in. The director Theo Marton isolates Elise Wilk’s text, sparing it from movement, the cosmic objects are floating indifferently and the tangled stories become the main character in each performance. Is the abuse a natural thing? Are, indeed, our attempts to reveal the traumas just some desperate signals towards a frozen planet?

“… maybe my darkest text, a story about abuse. The director Cristi Juncu, to whom I’ve always been sending my texts, and whose feedback I’m always trusting, told me something about one of the characters: “It’s obvious you don’t really like her“. I don’t know if it is a matter of liking, I rather think that at that moment I didn’t manage to understand enough that said character and the choices that it has made. Apparently, that character is really far from me, but on the other hand, it reacted in a way that, sometimes, I do, and I believe most of us do this: the fear of accepting the painful things makes us act like they don’t exist, and hide them in the closet. “ ——

“Desperate signals towards Pluto” is the first performance created within the “Social Therapy through Contemporary Theatre “ project, implemented by 3G Theatre and co-founded by AFCN – The Administration of National Cultural Fund and the City Hall of Targu-Mures. The performance has been created with the aid of Reea and Teatru 74.

“Alongside actresses Roxana Marian and Laura Mihalache, young Larisa Dobrin performed very nervously her first role on an important stage: “There are no positive or negative characters, only feelings; each character has both qualities and flaws.” Her desire to know her potential and to cross her own boundaries, the need for expression in a friendly cultural environment also brought young Larisa Dobrin the belief that she herself is her biggest critic.

Radio Targu-Mures: Larisa Dobrin about the Art of Acting – “Theatre is innocence ”