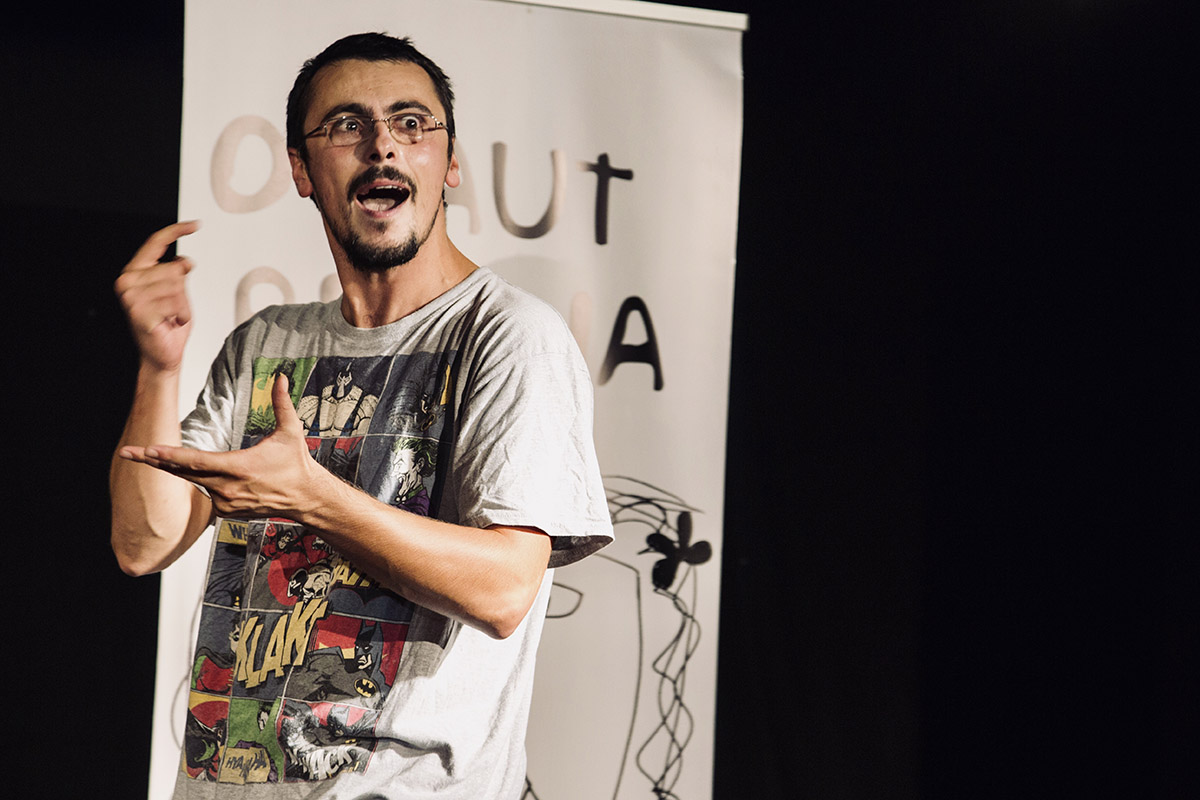 A simple story about a not so simple life. We are placed in Ceausescu’s Romania, where everybody is afraid, suspicious, and starving, except for our story-teller, Robert. His father is ruling over life and death in his hometown and Robert has everything he wants, even bananas. This childhood is not quite careless: his mother cries all day long, his older brother is trying to kill him on a daily basis, and the only girl he fancies is an “enemy” of the regime. But the common fate of all the regimes is that they all end at one point, making way for others to come in their place, ones which will possibly make life easier. Or not? However, one fundamental thing doesn’t change: banana. All the others do, including his father.

Staged in Romanian language for the first time, the performance is based on Szekely Csaba’s text “Do you like bananas, comrades?” adapted by him into a monodrama. The play, a sharp satire addressed to romanian communism, it won the Regional Award for Europe at BBC International Radio Theatre Scripts in 2009.

“Do you like banans, comrades?” is mostly the father’s story, the kind of man that always lands on his feet because every regime needs him. Being overly naive and innocent, Robert understands everything very slowly and only half of what is going on around him. Actually it can’t be otherwise, because understanding completely would be too painful. “

“Staged at Studio Act in Oradea by Andi Gherghe, the performance after Szekely Csaba’s text passes successfully all the dramaturgic inabilities which are specific for every beginning in writing for theatre. Mostly efficient, without unwanted exaggerations and with predominant quantifiable results, on an artistic level, not only on a level of comic effects that easily generate applause, it dilates, overcharges even, the naivety, the wonder, the difficulties in understanding the reality, which is specific for Robert. He does it by taking advantage and potentiating the actor Alin Stanciu’s obvious ludic abilities

The result being one to remember. “ Mircea Morariu – Open Studio Act Festival or the victory of a few young artist initiative