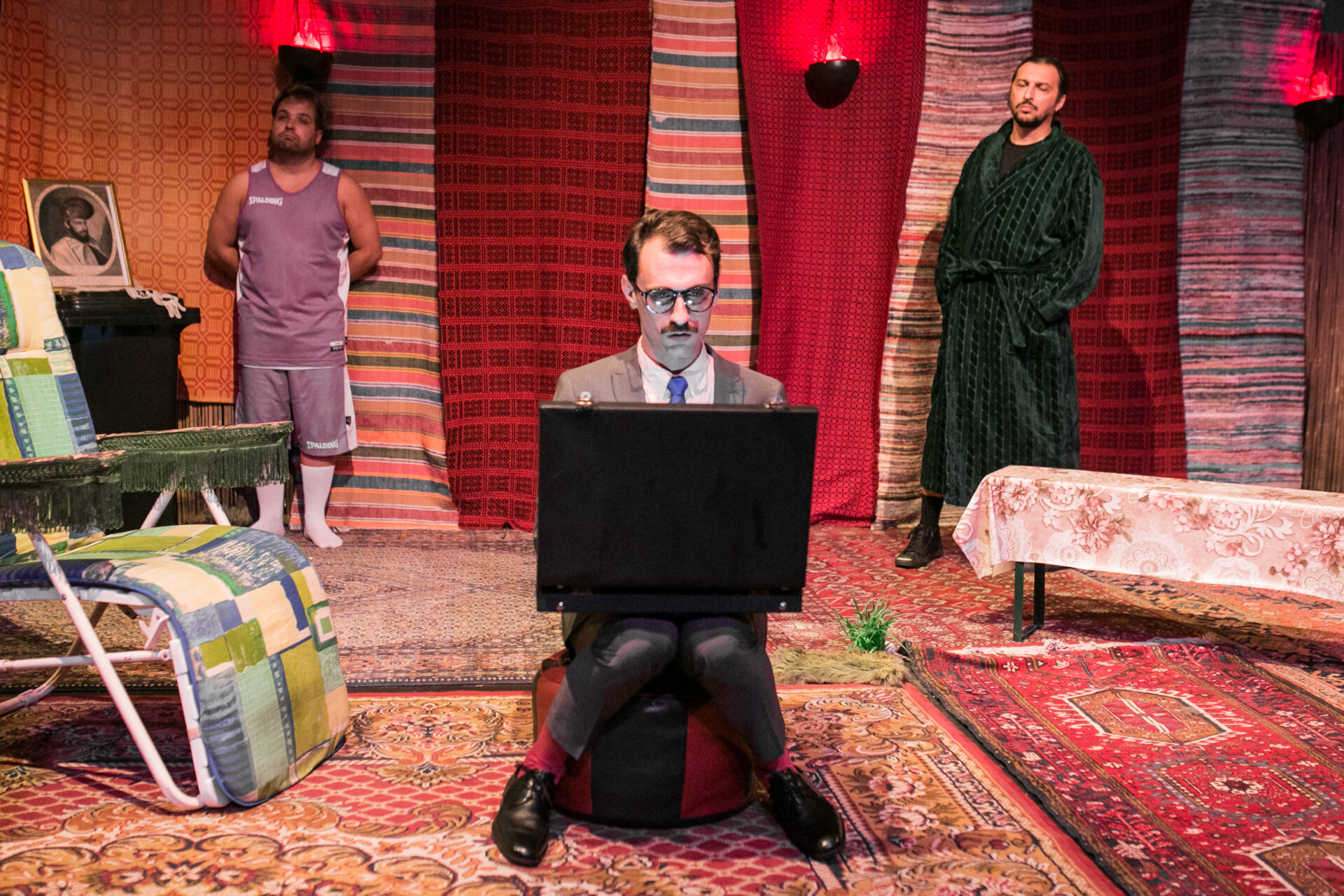 Michael the Brave tells the story of the rising and the fall of a hero. The story of the thirst of power, of tyranny, of friendship and betrayal. The performance is a statement against political feuds and against the way that we write and rewrite our history, such as past century events, or recent events. Having access at the romanian historiography and also to the hungarian one, Székely Csaba recreates in a satirical note the story of the Michael the Brave.

„Taking account that this is a contemporary performance, it also speaks out about the world we live in from the perspective of history. Does anyone really think that people nowadays want power for the good of the country and not for more bank accounts, more houses and more cars? That’s exactly what happened 400 years ago, only that then banks didn’t exist. You ran a small country? If you wanted a bigger one you went ahead and conquered territories around you. When you finally got to rule an empire, then you conquered territories around you out of greed and because no one could stop you. Same as today: once you get power, you get greedy. Maybe you don’t conquer new territories, but if you’re name is Vladimir Putin, national assets become your daily menu.”

Michael the Brave is the second show produced during the third edition of the project Social therapy through contemporary theatre implemented by 3G, co-financed by AFCN and the City Hall of Targu Mures. The show was produced and played with the help of our partners, Reea and András Lóránt Company.

„Sebastian Marian stands out in the leading role with a strong and colorful performance, maybe a little bit harsh in some points, where the situations change dramatically and don’t allow him the time to make psychological detailed transitions. Non the less, the actor brings to the surface the contradictions that form this character and stands by him from the start till the tragic end.” Andrei Vornicu – Zi de Zi – „Michael the Brave“ awakes us and makes us think

”The authors of the show make you care about Michael in the first tree minutes of the play. (…) As a construction, Michael the Brave reminded me of Milky Way of Bucuel – Carriere. And Mily Way is a well documented movie, in which the historical character, Jesus, is humanized, laughing, and refusing to cut of his beard up until the last moment. That movie made me read the Bible more carefully. I believe that this performance will make people search and try to understand better our shared history and gaze upon the future with faith.” Theatre Review – about Michael the Brave/ Mihály Vitéz by Csaba Székely – article by Adrian Muresan, the creator of the transilvanian enlightened brand Light Nouveau

“The stake of this performance is showing off facts and realities of our history that were embellished and beautifully packaged in our history scholar books. (…) The comic note of the show helps the process of demythisation, and is probably the best way in which you can speak about this subject.” Ioana Sileanu – Scena.ro – Michael the Brave, without the braveness