The first part of the Work in Progress project, organised for young students in Târgu Mureș passionate about cinema, took part in September. After the call we made on Facebook and Instagram we’ve chosen 10 youngsters who participated in a one week workshop, led by Julien Javions. They had the chance to learn the basics of short film making, while working to make one.

The last stage of the Work in Progress project will take place in the last week of November. Meanwhile, the 10 students started to shoot for their own short productions, which will be edited together with their trainer, Julien Javions. 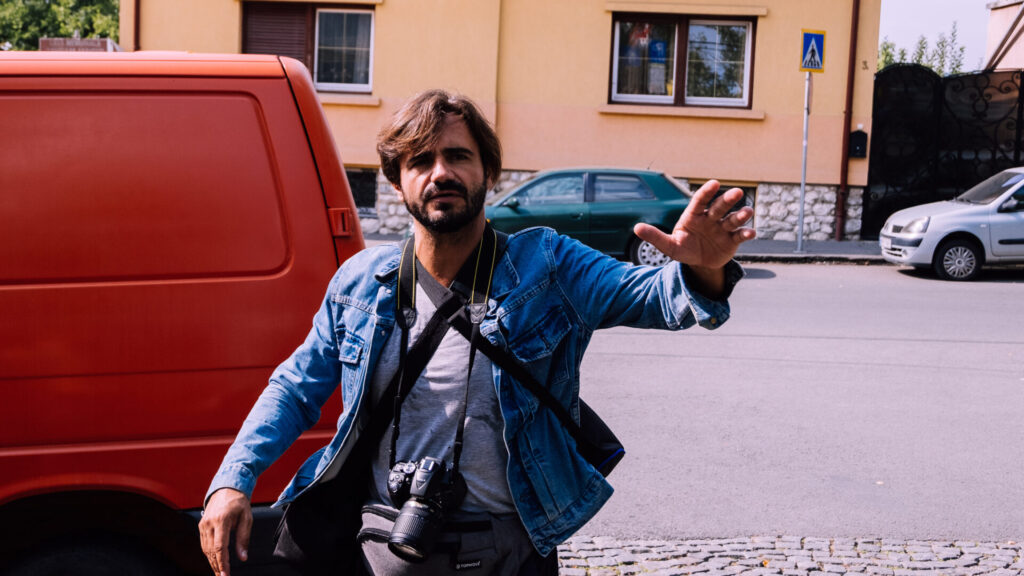 From France to Romania

“I got into the film industry while I was in the conservatory, where I met a guy who was looking for actors for his short film.This was in France, while I was living in Clermont-Ferrand, a city known for the biggest short film festival in the world. This festival is organised for creators, who want to sell their short films. It has a selection part which allows any country to participate. 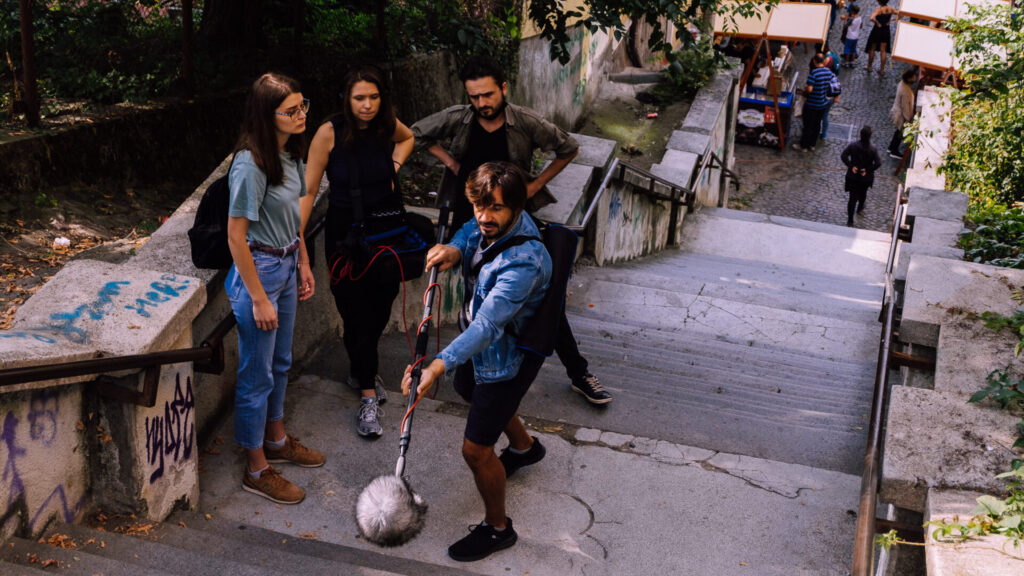 My connection with Romania started in a national acting school, founded in France by Silviu Purcarete and managed by Paul Chiributa. They brought me for the first time to Romania to the Sibiu international theatre festival. They brought me back for the second time for a casting to the director IuraLuncaşu and that is how I got involved as an actor playing in a telenovela series, called “Stat de Romania”, shot in Bucharest. Here I met a lot of Romanian artists. After a while, the same director contacted me by asking if I’d like to play in similar Romanian films. And of course I wanted to. Especially because I wanted to grow as an actor. So film after film I realised I will achieve my goal faster if I leave Paris. I found out that Romania has a huge film industry and a lot of professionals from other countries are coming here to shoot films. So to speak, all actors in France dream about working together with Jacques Audiard, the César prize winner director, who is really hard to get in touch with. So it happened that I’ve been working with him here, in Romania. So moving here it was a strategic move. But also, there is the fact that I’ve been always enjoying being in Romania.” 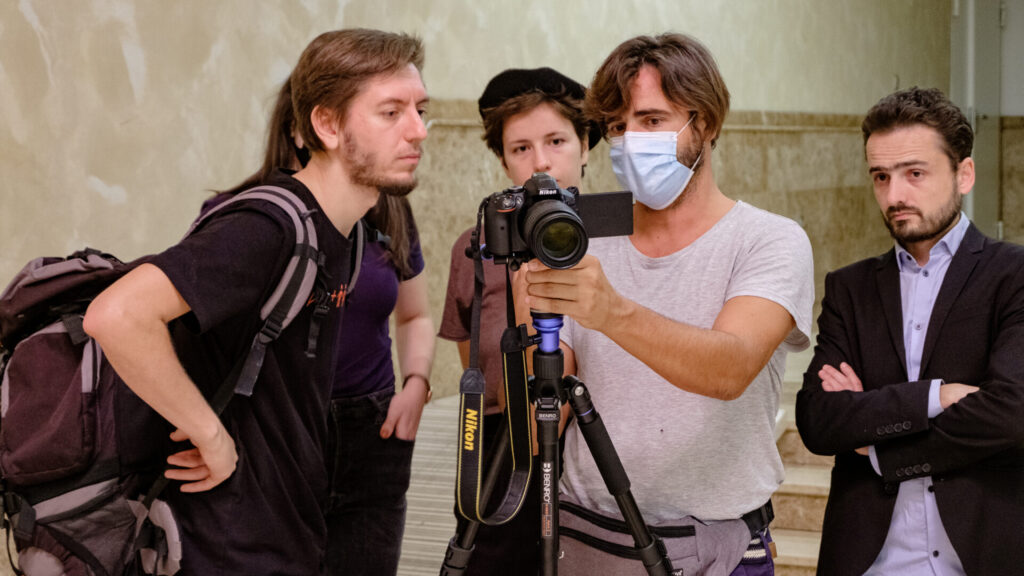 Julien Javions was invited by Cristian Bojan (Kuki) to hold the workshop in Târgu Mureș, after participating in a workshop coordinated by Julien in Bucharest. 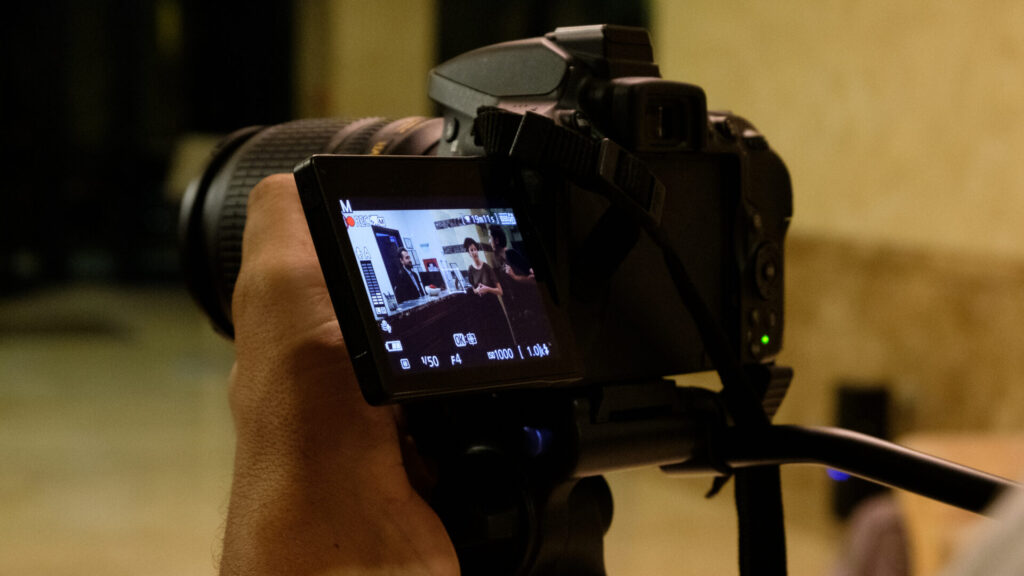 “The idea of the workshop came from Kuki. I was running a workshop for actors who want to play in films. I created a system which introduces the steps slowly. This is important, because most people are told if they want to become an actor for films, they need to go to theatre performing school. Here they are not taught how to play in movies. So I created my own system which teaches how to become a movie actor. Before I came here I had no idea how I’m going to make this WS. The only thing I knew is that I want to make a movie, not to teach, and the ideal way for this is to ask the participants “what they want to do?” and “how they want to do it?” After this, I showed them my skills that I use in movie production. The WS had different phases, because I wanted them to have a glimpse of all category in film making, sound, camera, writing, editing etc. We started with writing, which led to acting, which led us to use the sound, camera, all the technical part and then to direct scenes.

In all cases, all participants should have a correct question, because all things connect to each other. So everyone came here with the desire to make a movie without wanting to know how to use a camera. But knowing how to use it is implied.” 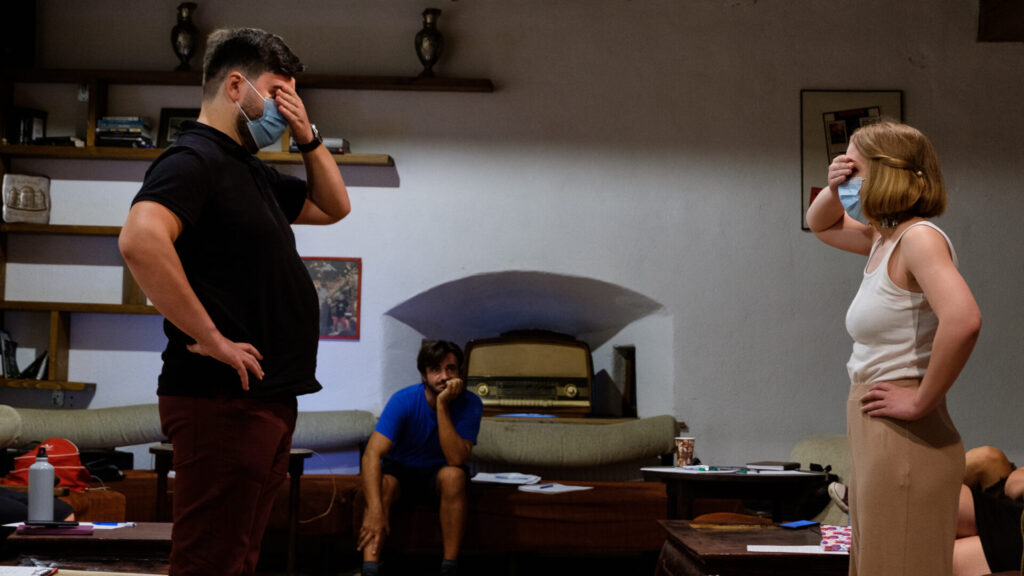 After 6 day of Work in Progress

Denissa Rogoz: “I didn’t think I’d enjoy writing and working on screenplays, but now I’m really thinking about doing it.”

Ligia Ungur: “I was impressed by the combination of artistic and technical aspects, without being a chaotic process:”

Francisc Ienei: “What I have learned these days will help me to communicate much better with the people I work with in my projects. In addition, the relationship between sound and framing is much clearer to me now, so that I can send to the public the message I want.”

Kernetzky Hanna Renáta: “I really liked the part where I wrote the script, being interested in writing in general. I realized that it’s pretty easy to write a dialogue if you know your character and the obstacle he faces. It seemed simpler than I expected, only it takes a lot of work. Basically, it’s easy to make a short film, if you also have the will to do the work.” 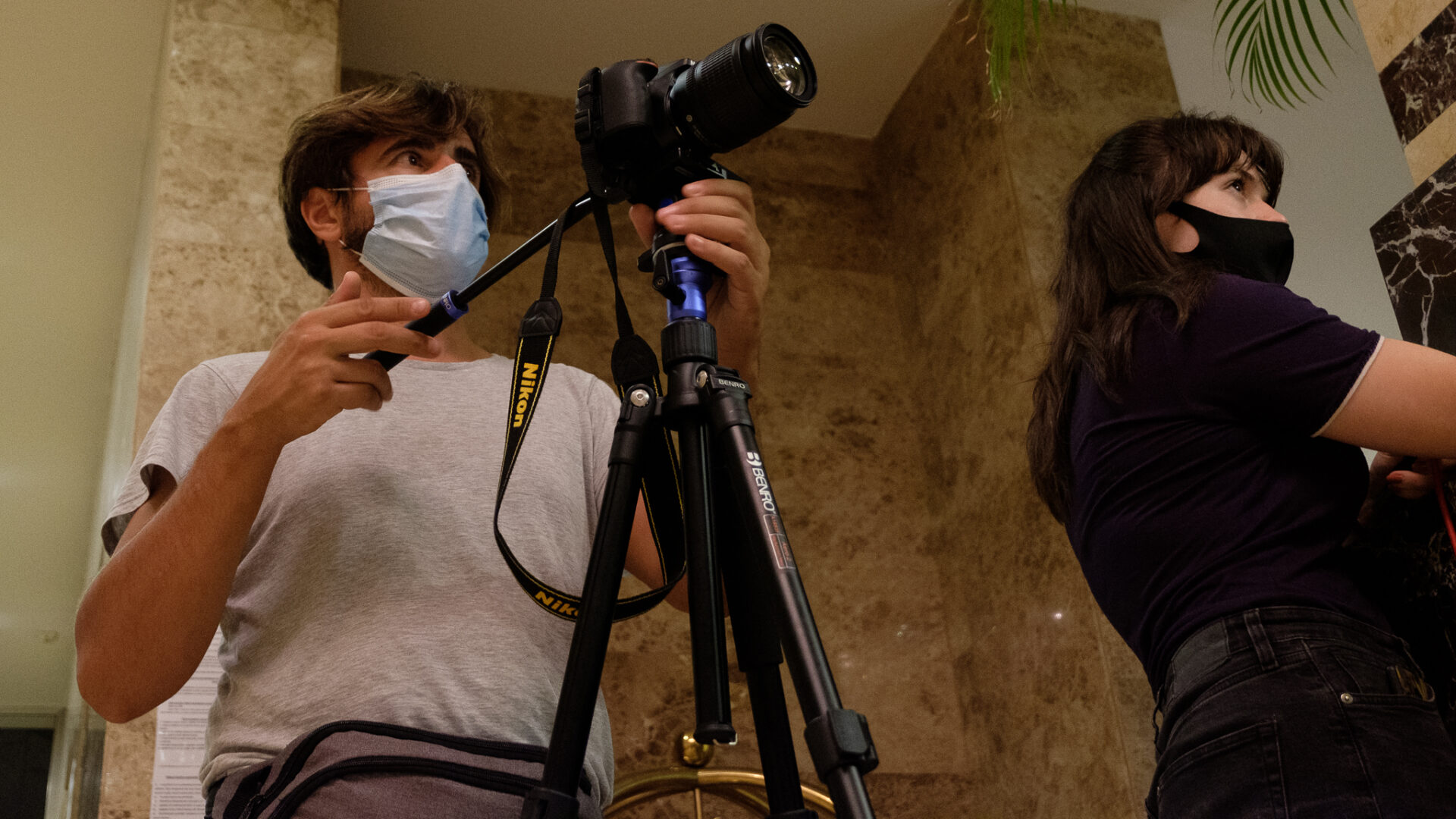 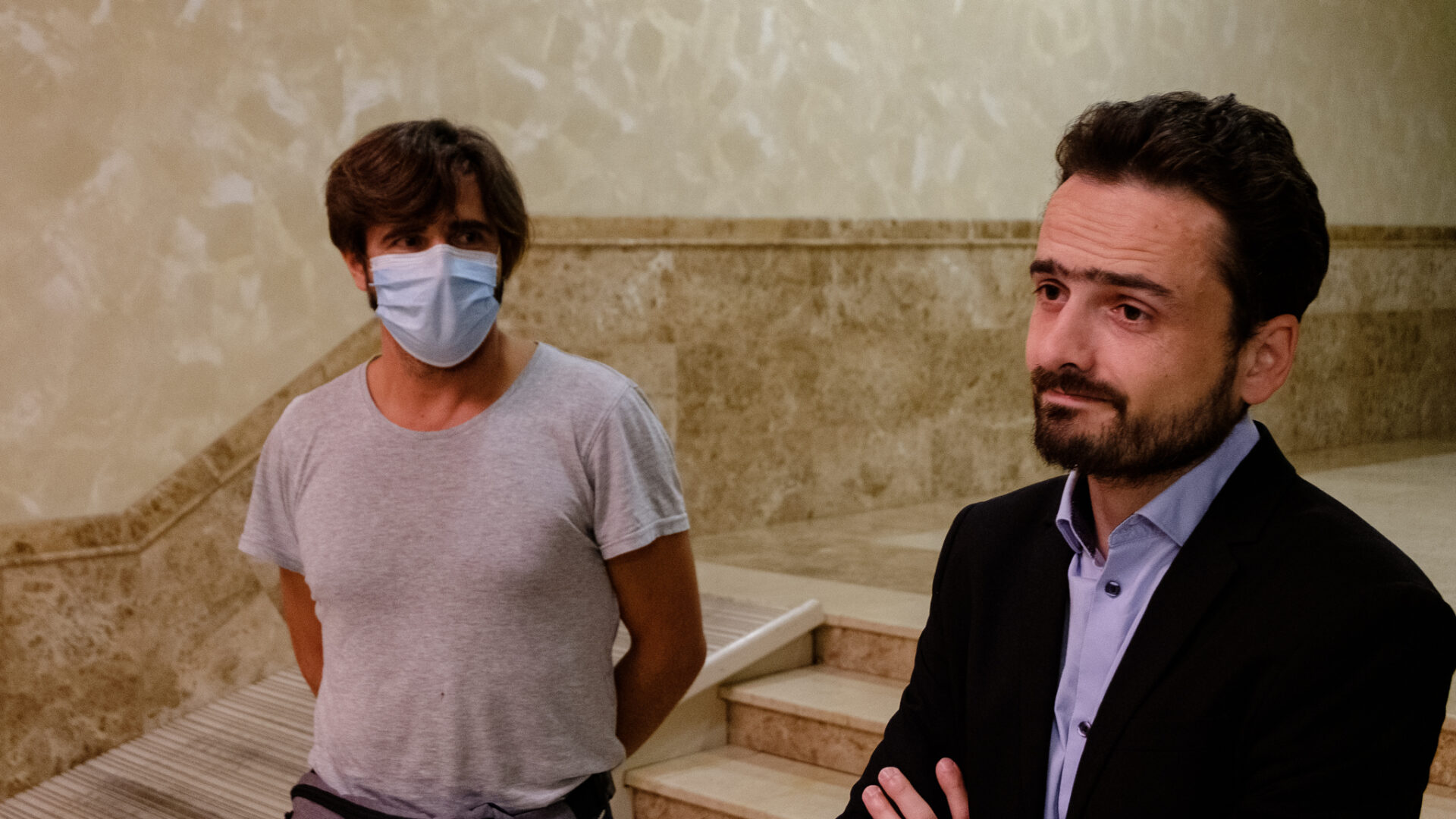 The Work in Progress project is cofunded by the Târgu Mureș City Hall, while Reea is the main sponsor.